THE STAFF OF TCCN

All our pediatricians are board certified and are on staff at Vanderbilt Children’s Hospital, Centennial Medical Center, and St. Thomas Midtown (Baptist). The Children’s Clinic of Nashville provides comprehensive pediatric and adolescent care, including preventative care, immunizations, acute care and management of chronic disease.

We are conveniently located near:

Dr. Beveridge has been with the Children’s Clinic of Nashville since 1991. She grew up in Nashville and received her B.A. in History from the University of North Carolina in Chapel Hill and her M.D. from Wake Forest University. She completed both her internship and residency at Vanderbilt Children’s Hospital. She is board certified in general pediatrics by the American Board of Pediatrics and sees patients from newborn to age 22.

As a general pediatrician, Dr. Beveridge enjoys kids of all ages and the relationships that develop over time as children grow and change. She leans on principles of positive parenting, sound nutrition and plenty of time outdoors as foundational for good health. She also has a particular interest in eating disorders and serves on the advisory board of Renewed (formerly known as The Eating Disorder Coalition of Tennessee.) Other community interests include the Boards of the Harpeth Hall School and The Joe C Davis Foundation.

Dr. Beveridge is married to attorney Mark Beveridge and they have enjoyed raising four children. They are also grandparents to one fantastic granddaughter and will welcome two more grandbabies soon!

Dr. Schull practiced general pediatrics at Greenvale Pediatrics in Birmingham, AL for eight years before moving to Nashville and joining The Children’s Clinic of Nashville (formerly Green Hills Children’s Clinic) in 1997. Board certified in pediatrics, she is a Fellow of the American Academy of Pediatrics (FAAP) and a clinical instructor at the Vanderbilt Children’s Hospital.

Dr. Schull is married to Dr. David M. Schull, an adult urologist at Associated Urologists of Nashville, and has two daughters, Katie and Martha. They are active members at St. George’s Episcopal Church where Dr. Schull has served on the Vestry and as the Vestry clerk. Dr. Schull enjoys running, football, her family, and dogs.

Dr. Frank Haraf, Jr. received his bachelor’s degree in biology from Emory University in 1993 where he was a member of the varsity swim team. He received his medical degree from East Tennessee State University, James H Quillen College of Medicine in 1997. Dr. Haraf completed his pediatric residency training at Vanderbilt Children’s Hospital in Nashville, TN and joined The Children’s Clinic of Nashville (formerly Green Hills Children’s Clinic) in 2000.

Dr. Haraf is board certified in general pediatrics and sees patients from newborns through college. He is a member and fellow of the American Academy of Pediatrics and is also a clinical instructor at Vanderbilt Children’s Hospital. Dr. Haraf is a current Board Member of The Currey Ingram Academy and Sequoia Swim and Tennis Club as well as a past Board Member of the Cumberland Pediatric Foundation.

Dr. Haraf and his wife Emily, a native Nashvillians and live here with their three sons. He enjoys spending time with his family, coaching his boy’s sports teams, and cheering on the Vanderbilt Commodores.

Dr. Haraf is also involved in mission work and has a special interest in fractures and sports medicine.

After seven years in private practice, Dr. Lillard joined The Children’s Clinic of Nashville in 2004. He has served on the Board of Directors of the Monroe Carrell, Jr. Children’s Hospital at Vanderbilt and as President of The Cumberland Pediatric Foundation.

He currently serves as the medical director for the Cumberland Pediatric Foundation. Dr. Lillard is Board Certified by the American Board of Pediatrics and is a Fellow of the American Academy of Pediatrics. He is also a member of Alpha Omega Alpha honorary medical society.

Dr. Lillard has special interests in allergies and asthma. He also provides travel medicine consults for clinic patients. Dr. Lillard lives in Franklin with his wife of 25 years and his two teenaged children. In his free time, he enjoys traveling, running and watching SEC football (Roll Tide!). 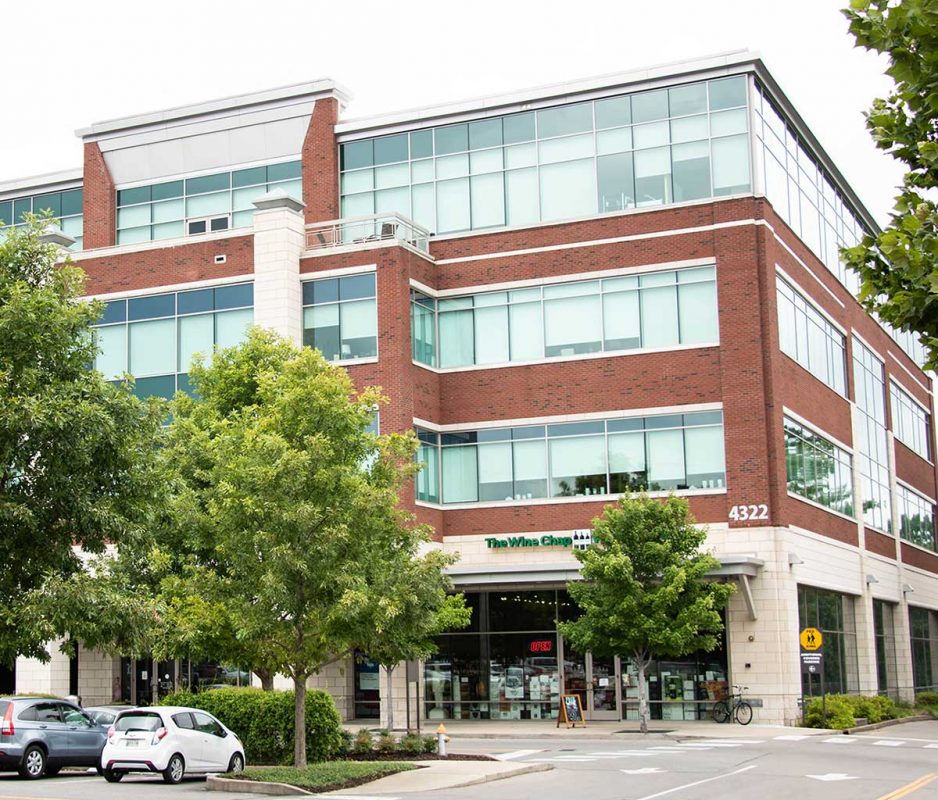 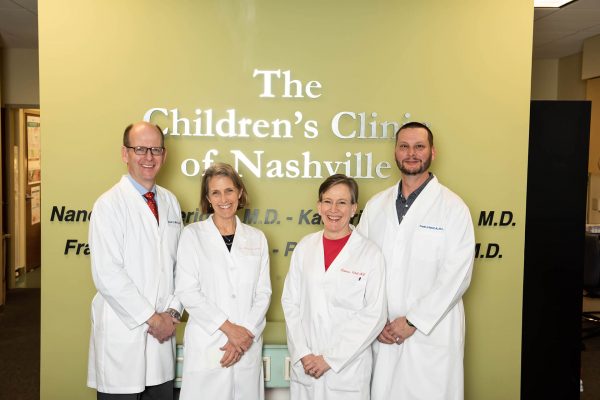 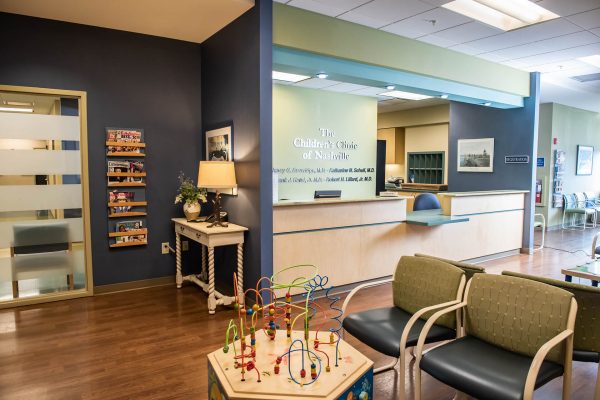 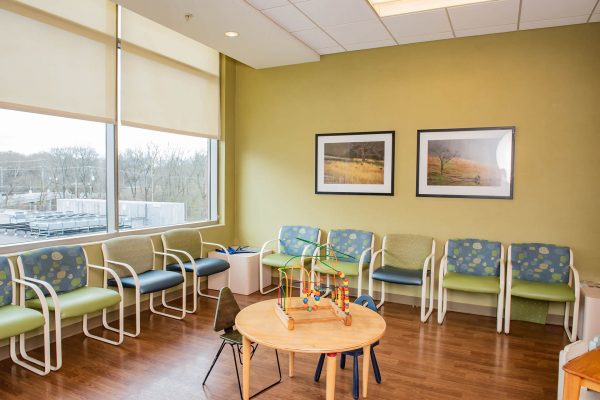 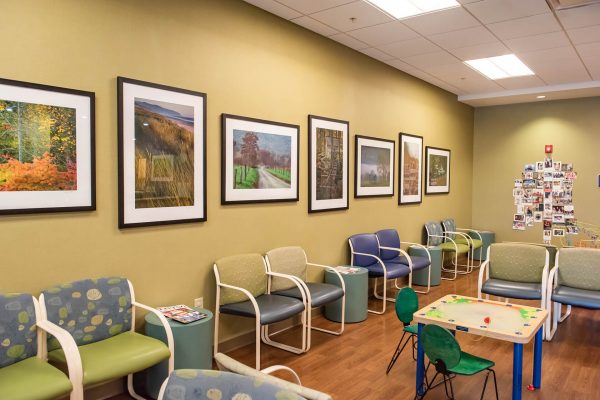 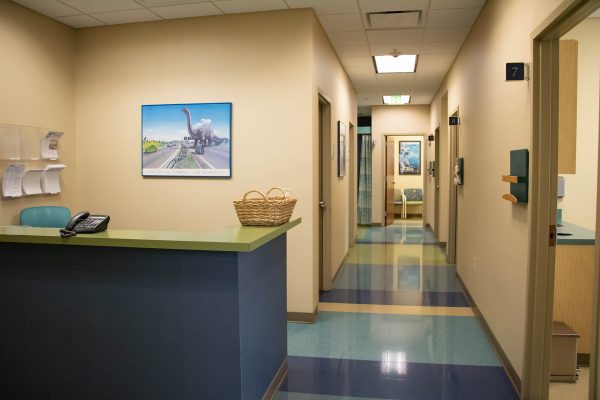 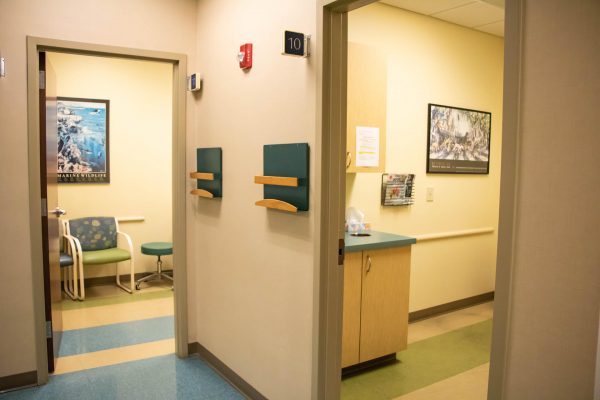 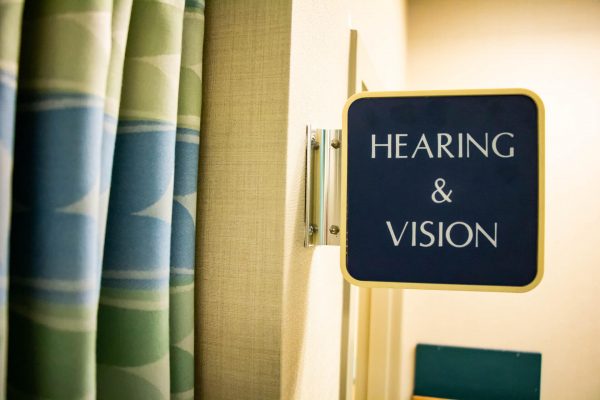 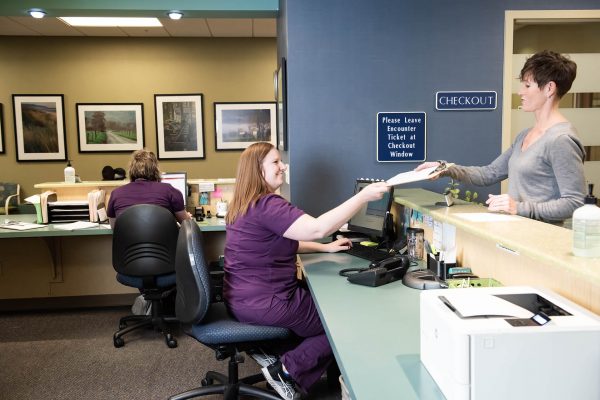